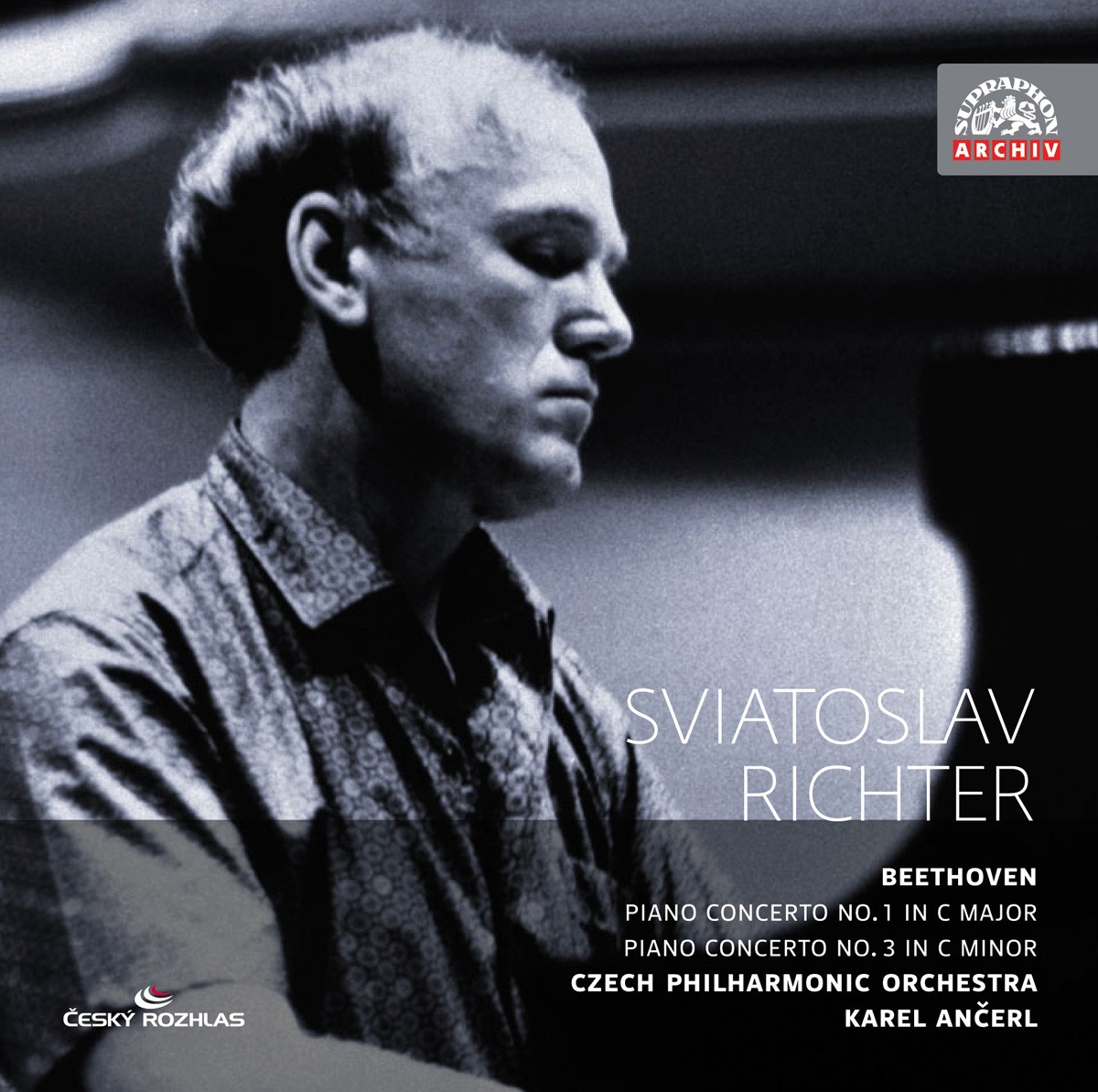 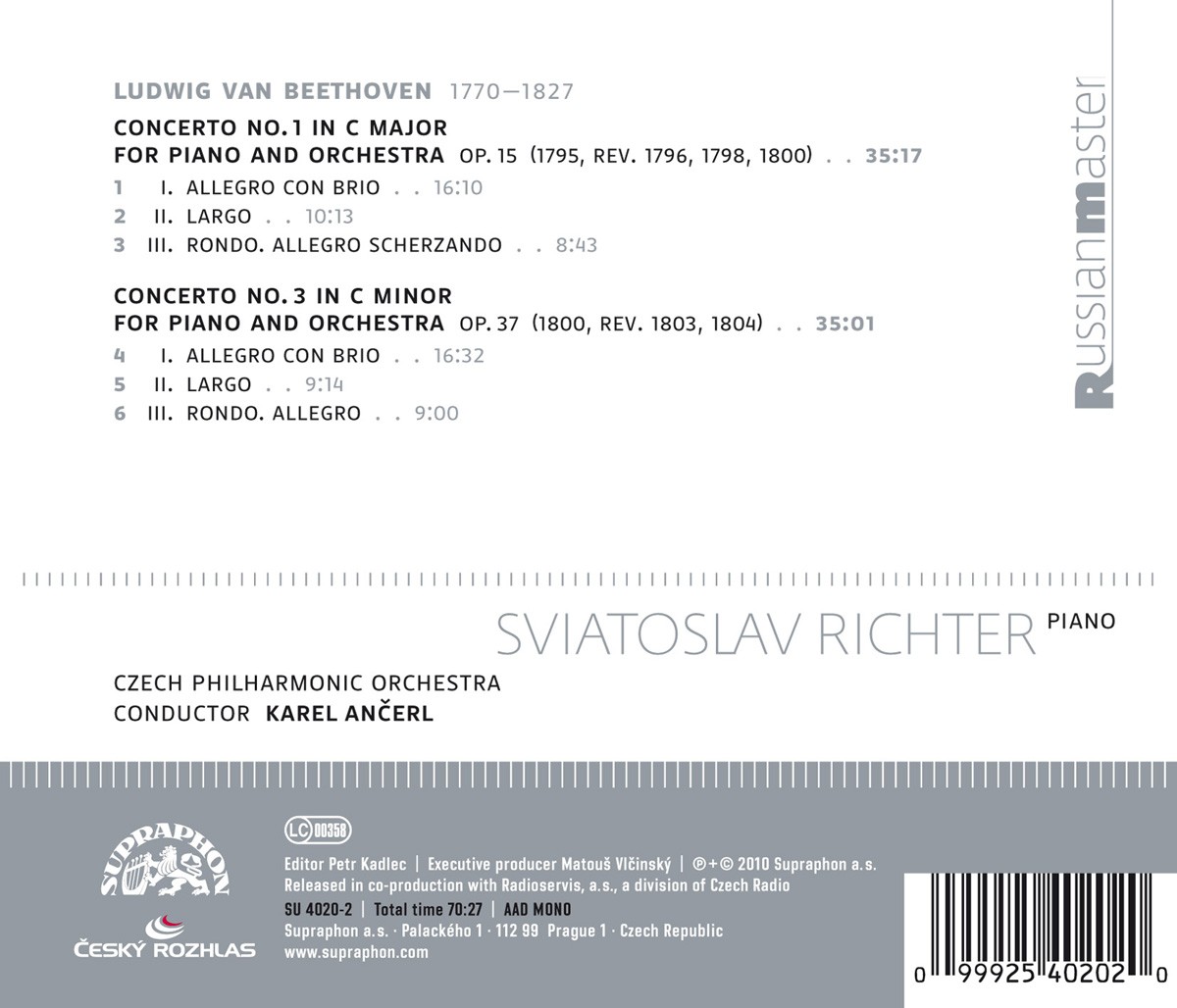 All of Sviatoslav Richter's concert appearances in Prague, from his 1950 Prague Spring performance of Mozart's Piano Concerto No. 20 in D Minor, to his 1993 performance of the Grieg concerto, were highlights of Prague's musical life. Richter, however, enjoyed traveling to small cities, often playing on instruments whose quality would be simply unacceptable for many of today's musical stars. His concerts were generally completely sold out and offered his listeners an extraordinary musical experience regardless of the venue or quality of the instrument. The ability to surpise his audiences again and again was an inborn part of his personality. Under his fingers, pieces played a hundred times could suddenly take unexpected turns, as evidenced by both of the Beethoven concertos on this album (Concerto No. 1, recorded at Prague Spring on June 2, 1956, and Concerto No. 3, recorded on June 21, 1962) with the Czech Philharmonic and Karel Ancerl. These sensitively remastered recordings show Richter as a musician whose respect for stylistic purity never impeded his fascinating freedom of interpretation and inspiration.