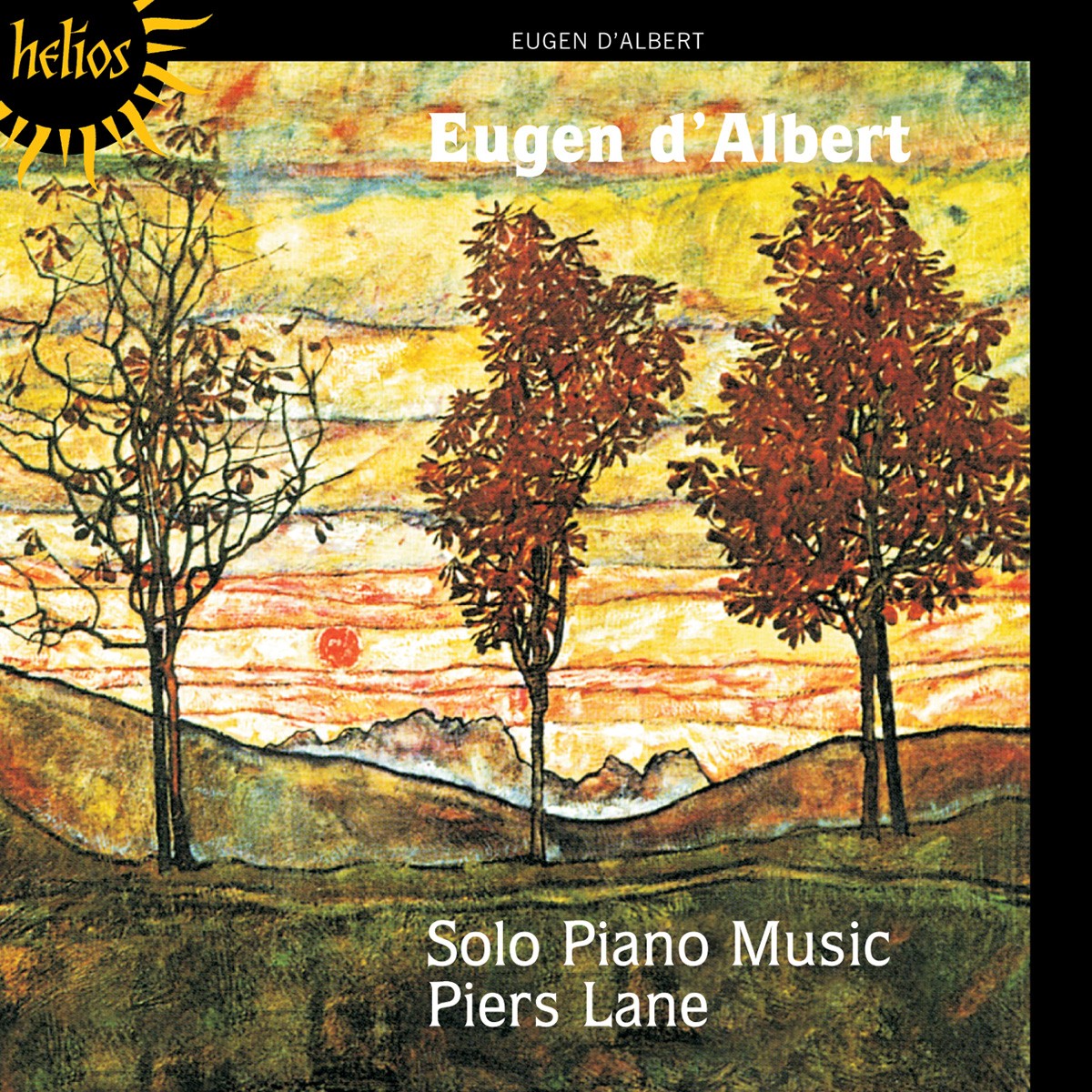 The oblivion which has overtaken d'Albert in the second half of the twentieth century would have surprised anyone who saw his prodigious rise to fame in the 1880s and '90s. He was known then as one of the world's greatest pianists, had studied with Liszt, and knew Brahms. From his teens there began to emerge a body of composition which showed a maturity well beyond his years and seemed to produce a fusion of the then-incompatible schools of the »moderns« (Liszt and Wagner) and the »traditionalists« (Brahms and his followers).

For the latter part of his life d'Albert devoted himself to opera so almost all his instrumental works are products of his earlier years. His piano concertos have been recorded to much acclaim by Piers Lane and it is to the solo works that he now turns. The opus 5 pieces could seem to follow on directly from Brahms's late Intermezzi, but the latter had not yet been written! The Sonata, a grand late-Romantic drama, concludes with a triple fugue modelled very much on Bach. The recital concludes with the Capriolen, Op 32, coming, unusually, from much later in d'Albert's career. These pieces are predominantly light in character and show a composer almost unrecognizable from his earlier self; there are hints of Debussy and atonality in one piece, and jazz in another. Perhaps the biggest surprise is the arrangement of »Dixie« to be found in the oddly-named »Missie-Massa«.

»Piers Lane surpasses himself, and the recorded sound is delicious« (BBC Music Magazine)

»A superb recital ... provoking astonishment that music of such quality could have lain neglected for so long. No praise could be high enough for Piers Lane whose playing throughout is of a superb musical intelligence, sensitivity and scintillating brilliance« (Gramophone)

»Some fascinating music. If 1998 produces a finer piano disc, I shall be astonished. Buy it!« (Musical Opinion)