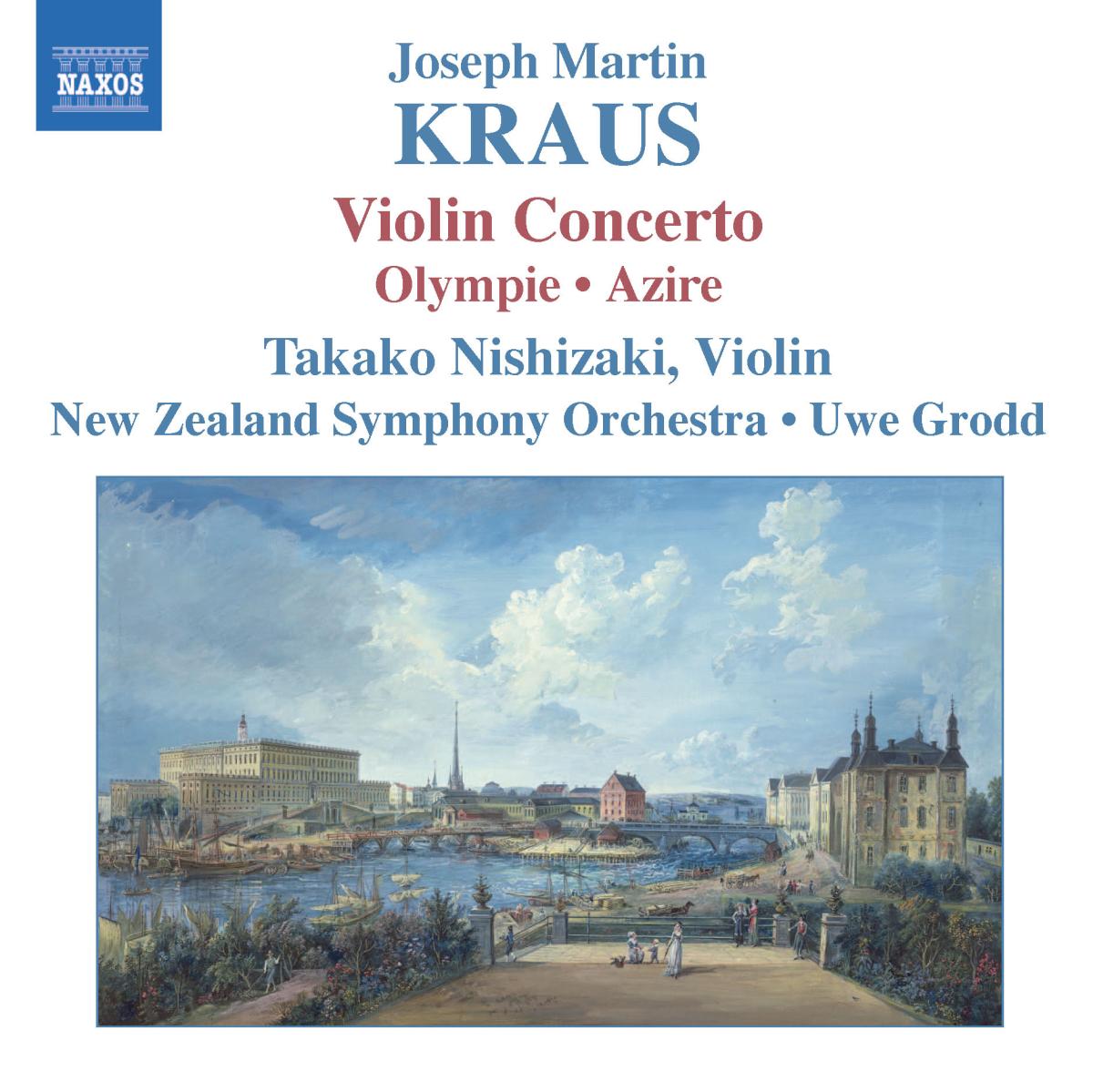 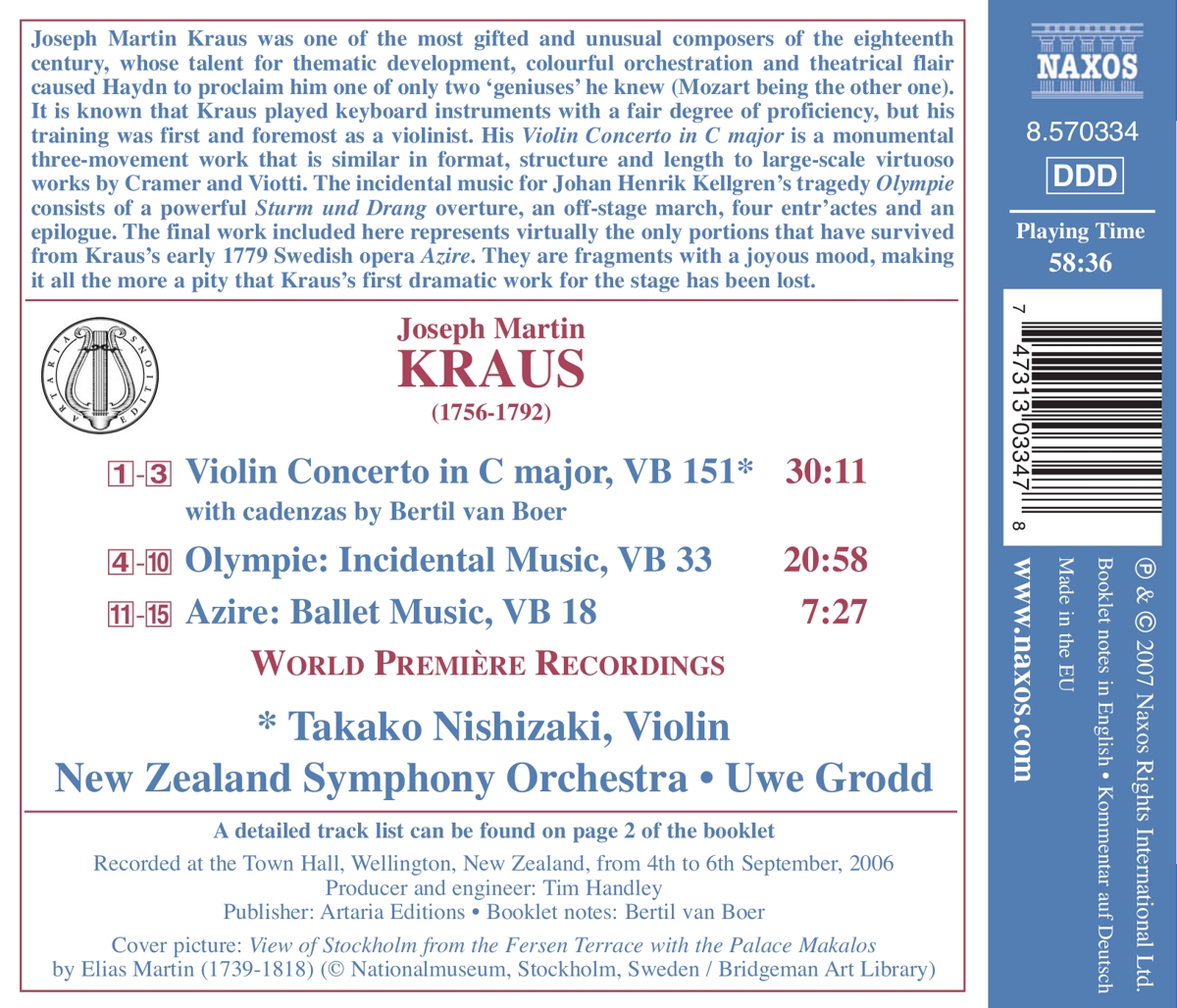 Nur noch 1 Stück am Lager. Danach versandfertig innerhalb von 1-3 Tagen (soweit verfügbar beim Lieferanten)
EUR 9,99*
Joseph Martin Kraus was one of the most gifted and unusual composers of the eighteenth century, whose talent for thematic development, colourful orchestration and theatrical flair caused Haydn to proclaim him one of only two 'geniuses' he knew (Mozart being the other one). It is known that Kraus played keyboard instruments with a fair degree of proficiency, but his training was first and foremost as a violinist. His Violin Concerto in C major is a monumental three-movement work that is similar in format, structure and length to large-scale virtuoso works by Cramer and Viotti. The incidental music for Johan Henrik Kellgren's tragedy Olympie consists of a powerful Sturm und Drang overture, an off-stage march, four entr'actes and an epilogue. The final work included here represents virtually the only portions that have survived from Kraus's early 1779 Swedish opera Azire. They are fragments with a joyous mood, making it all the more a pity that Kraus's first dramatic work for the stage has been lost.