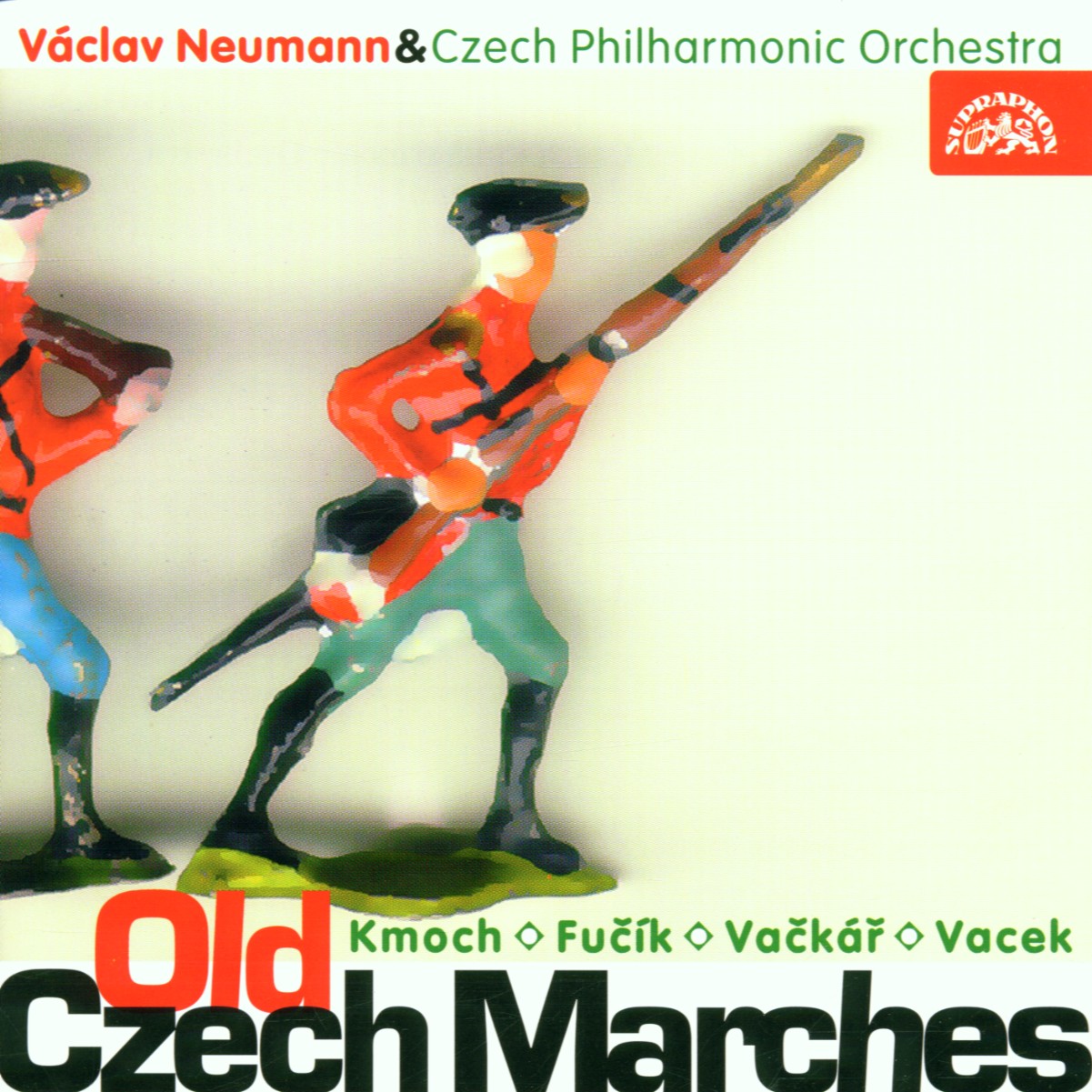 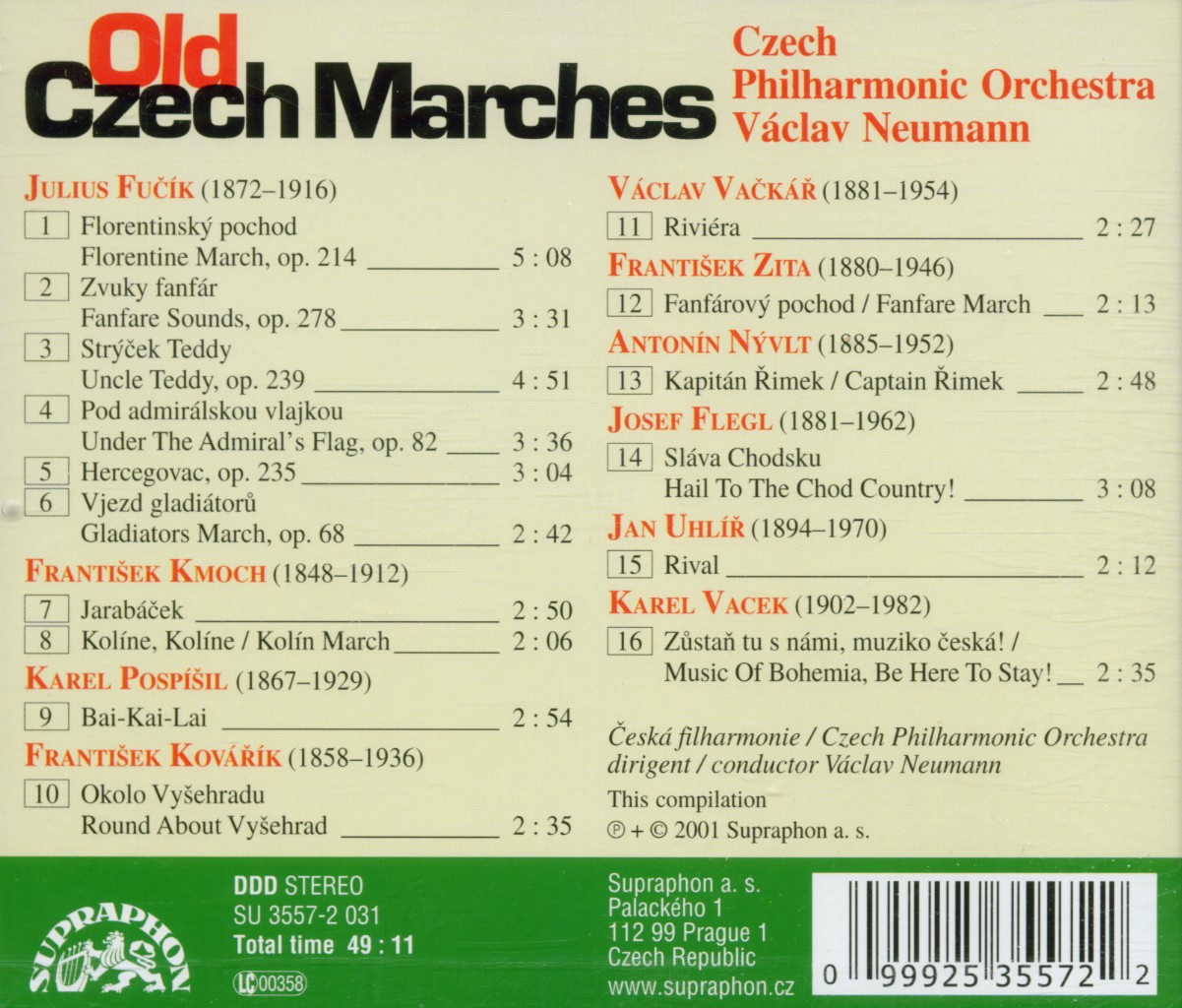 Nur noch 1 Stück am Lager. Danach versandfertig innerhalb einer Woche (soweit verfügbar beim Lieferanten)
EUR 11,99**
EUR 10,99*
Small-scale, easily accessible pieces by music´s giants are occasionally referred to as »Masters' smiles.« The title presented here - a new compilation of earlier recordings - exemplifies in its own way the opposite. In their own times, the composers featured on its tracks did not cultivate symphonies or operas; rather, they contented themselves with the production of »utility« compositions, spontaneously following the dictates of their innate musical talents. Though their output never attained the status of national classics, their names did find their way into the niches of public memory, and more than a few of their works actually won lasting popularity. The likes of Julius Fucik, Frantisek Kmoch, Vaclav Vackar or Karel Vacek definitely entered the annals of Czech music. An assortment of compositions from their legacy was taken up here with great gusto by the Czech Philharmonic Orchestra, performing under the baton of Vaclav Neumann.