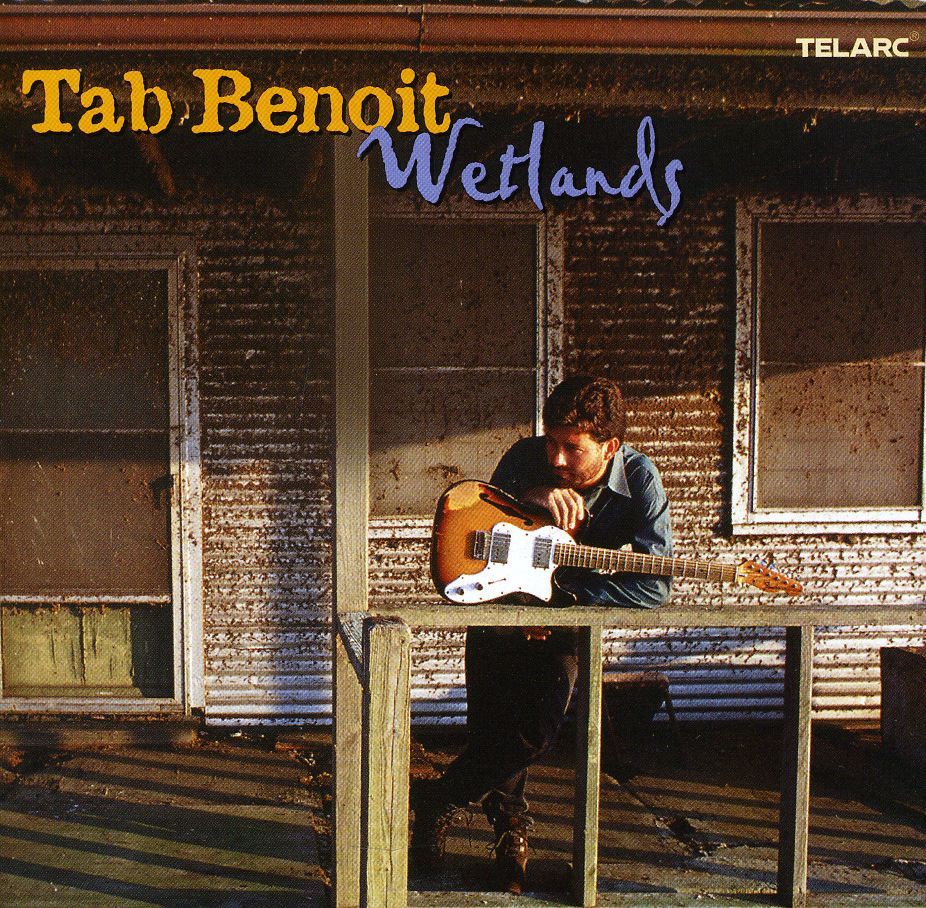 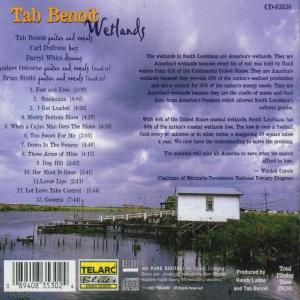 lieferbar innerhalb 1-2 Wochen
(soweit verfügbar beim Lieferanten)
EUR 11,99*
"Tab’s going for the heart of the blues, and he knows just how to keep it beating well into the 21st century." —John Sinclair, editor of Blues Access (from the liner notes).
As far back as the late 1700s, Louisiana has been a cultural melting pot that has spawned some of the most enduring styles in the history of American music. Throughout the 1800s, descendents of French-Canadian refugees from the French and Indian War of the 1760s mingled with African slaves—a cross-pollination that gave rise to an organic and multi-layered musical hybrid that employed instruments as diverse as fiddles, accordions, guitars, triangles, harmonicas and banjos, and served as a cultural and social commentary as much as a means of entertainment.
Blues guitarist Tab Benoit, born and raised in Louisiana, may have been a relative latecomer to this rich history (he was born in 1967), but he’s clearly a product of the same multi-cultural environment. Since the early ‘90s, he’s been making records that have merely hinted at his bayou roots, but Wetlands, his first outing on Telarc, serves as a clear declaration of his creative lineage. The album is a contemporary bluesman’s nod to the Cajun and Zydeco elements embedded in the Louisiana blues story.
Benoit’s soulful and expressive voice and stinging guitar stay front and center throughout the thirteen tracks that make up Wetlands. Backed by the solid accompaniment of drummer Daryl White and bassist Carl Dufrene, Tab mixes classic blues and R&B nuggets with original compositions like the driving title track and the autobiographical "When a Cajun Man Gets the Blues."
Tab clearly demonstrates his reverance for the indigenous music of his Louisiana homeland and his mastery of the idiom on the great Li’l Bob & the Lollipops anthem "I Got Loaded," Professor Longhair’s little-known classic "Her Mind Is Gone" (first recorded for Mercury Records half a century ago), and the Boozoo Chavis tribute "Dog Hill." Otis Redding, one of Tab’s primary vocal influences, gets a special salute with an impassioned reading of his timeless "These Arms of Mine."
Tab’s versatility on guitar brings a variety of musical dimensions to Wetlands—from slow blues to swampy ballads to brisk shuffles. At various moments along the way, Benoit even extracts the irresistible Zydeco groove of accordion and rubboard from his six-stringed instrument. His vocal attack, meanwhile, is consistently heartfelt and convincing—a fusion of the historical with the personal—with Tab’s own artistic signature on each track from the first note to the last.
Check out Wetlands, and hear Tab Benoit’s version of the Louisiana blues story that’s centuries old yet contemporary and relevant at the same time.