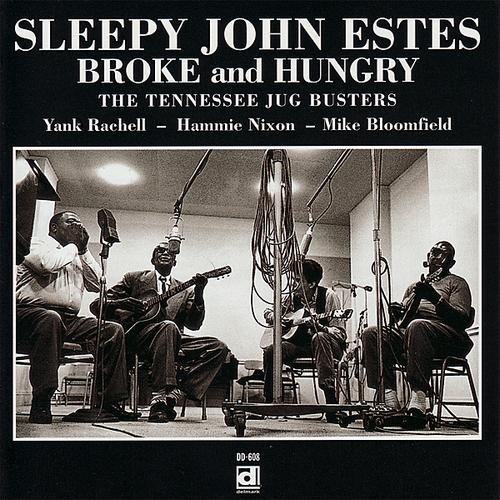 "The Tennessee Blues Poet" was Pete Welding's description of John Adam Estes, a. k.a. Sleeply John. It correctly emphasizes his ability as a writer of classic blues and hints at the tremendous power of his voice, so ridden with life experience that most assumed he was already in his 80s when he made his first records in 1929. He's accompanied here fellow Brownsvillians Yank Rachell, mandolin; and Hammie Nixon, harmonica; plus a young Mike Bloomfield quietly adding his powerhouse guitar on four tracks. John went from this album to the Newport Folk Festival, Europe and eventually was a member of the first blues group to tour Japan where he even made the charts.