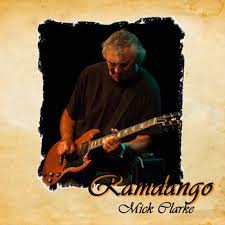 lieferbar innerhalb 1-2 Wochen
(soweit verfügbar beim Lieferanten)
EUR 14,99*
The new album has been recorded by myself alone in my home studio, deep in the English countryside. No wildlife was harmed in the making of this record. Also no drum programming or pre-recorded sounds were used, other than the odd bass drum beat or cymbal crash. I played guitar, bass, drums, percussion, keyboards, engineered and produced, wrote the songs and made the coffee. In other words it's my fault.

Following my previous album "The Rambunctious Blues Experiment" the title track was inspired by the idea of a Rambunctious Fandango - turns out that if you're Scottish it also a means a big party - loads of people, music, booze and that - sounds good to me..Hope you enjoy! (Mick Clarke)