Johnny Winter: They Only Come Out At Night / Shock Treatment 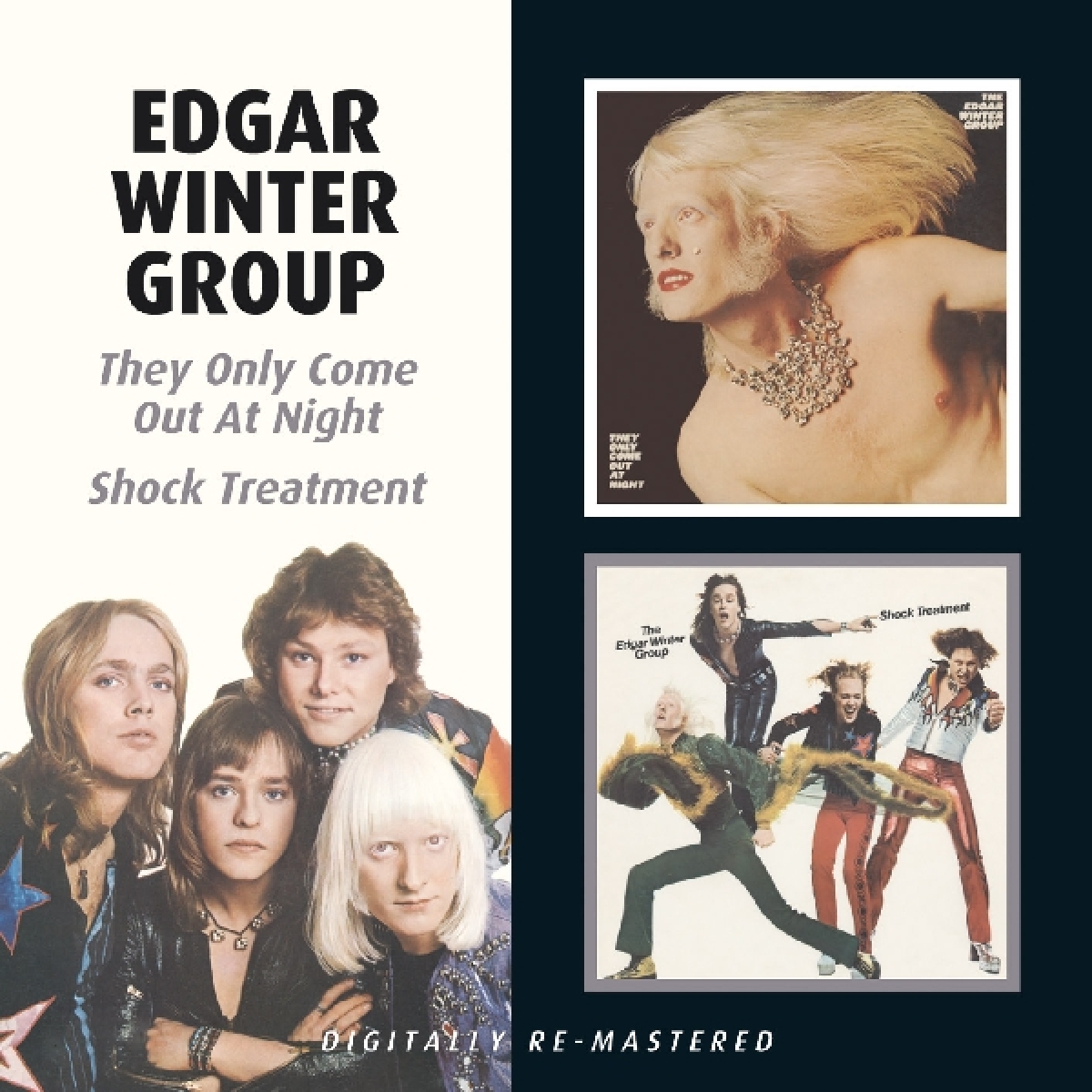 'They Only Come Out At Night' spawned the hit singles 'Frankenstein' and 'Free Ride'. Including "the other single", 'Hangin' Around', to the pretty melodies of 'Round & Around' and 'Autumn', the set collects ten outstanding cuts, played with fervor by Edgar Winter, Chuck Ruff, Dan Hartman, Randy Jo Hobbs and Ronnie Montrose, along with guest artist / producer Rick Derringer.

The "party" feel of 'We All Had A Real Good Time' and the singalong 'Alta Mira' only add to this already red-hot mix, making 'They Only Come Out At Night' the album Winter will be remembered for.

Beginning with 'Some Kinda Animal', the band moves into the excellent blues torcher 'Easy Street', which is painted with highlights from the substantial saxophone talent of Winter, not to mention some of his finest singing.

Like 'They Only Come Out At Night', this recording includes a pair of haunting ballads, 'Maybe Someday You'll Call My Name' and 'Someone Take My Heart Away'. 'Queen Of My Dreams', along with 'River's Risin'', showcase the Edgar Winter Group doing what they do best – rocking out with passion and lots of drums and guitar.