James Peterson & Lucky Peterson: If You Can't Fix It 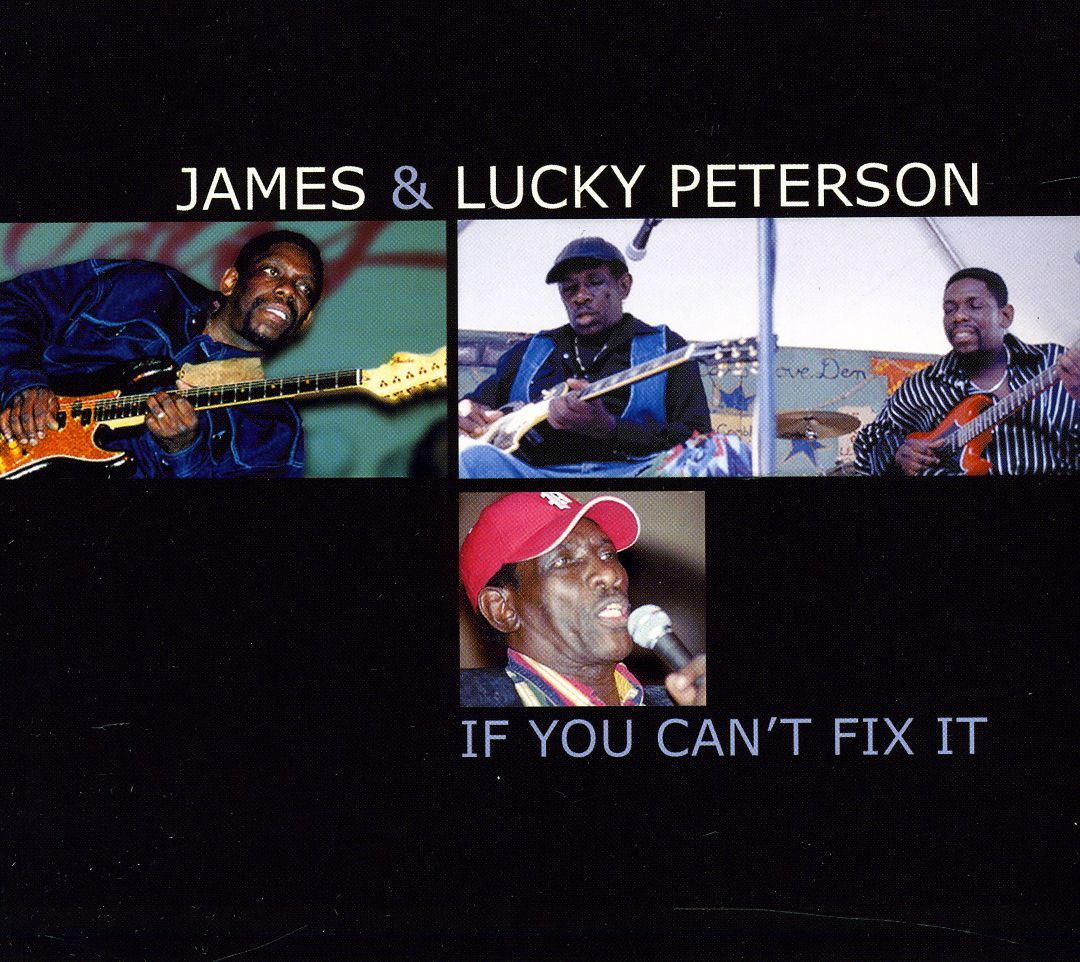 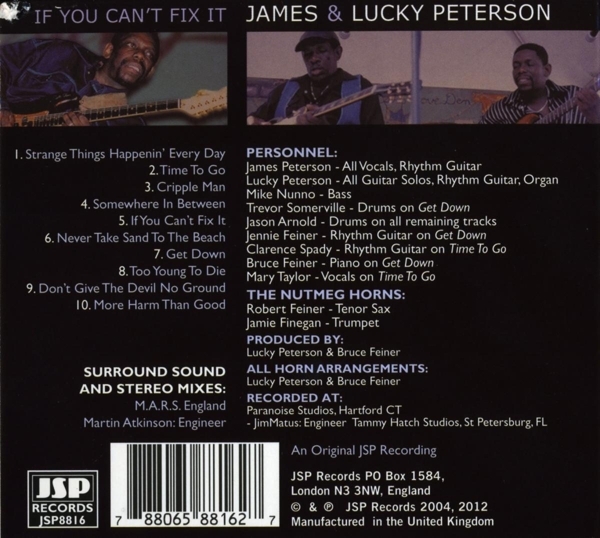 A rare new release from the folk and blues reissue specialist label JSP, James & Lucky Peterson's If You Can't Fix It is the first full-length collaboration by the father and son bluesmen. Neither man overshadows the other, as they take turns showcasing their own songs and each man's uniformly fine guitar playing. The best track by far is James' fiery "Cripple Man," one of his most passionate and driven performances in years, on a song that has the potential to become a modern Chicago-style blues standard. Lucky's standout is the epic "Too Young to Die," which evolves into an extended guitar duel between father and son. In a rather unusual turn for traditional electric blues recordings, If You Can't Fix It was released in the nascent SACD (Super Audio CD) format before it was available as a standard compact disc. ~ Stewart Mason, Rovi All Music Guide
© jpc-Schallplatten-Versandhandelsgesellschaft mbH