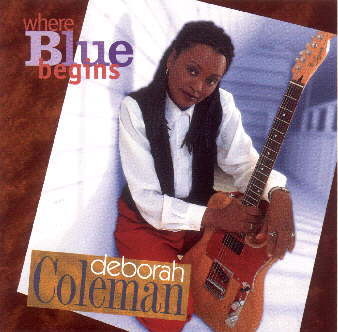 “Where Blue Begins is a smooth blend of Coleman's furious fretwork and pussycat purr of a voice. This album proves Coleman's not a novelty but a rare talent in a genre that desperately needs some new blood.” - AllMusic

"Coleman balances the reserve and control of blues with the extreme personal involvement of soul music. Her guitar breathes fire without sacrificing musicality, and her singing, at times suggestive of a young Joan Armatrading, packs authentic blues feeling: sultriness, longing, tenderness, and defiance." - Downbeat

"Her fire-on-the-fretboard flamboyance reflects an artistic maturity that would be notable in a seasoned veteran. She could easily become one of the leading lights in the younger generation of blues artists." - Living Blues