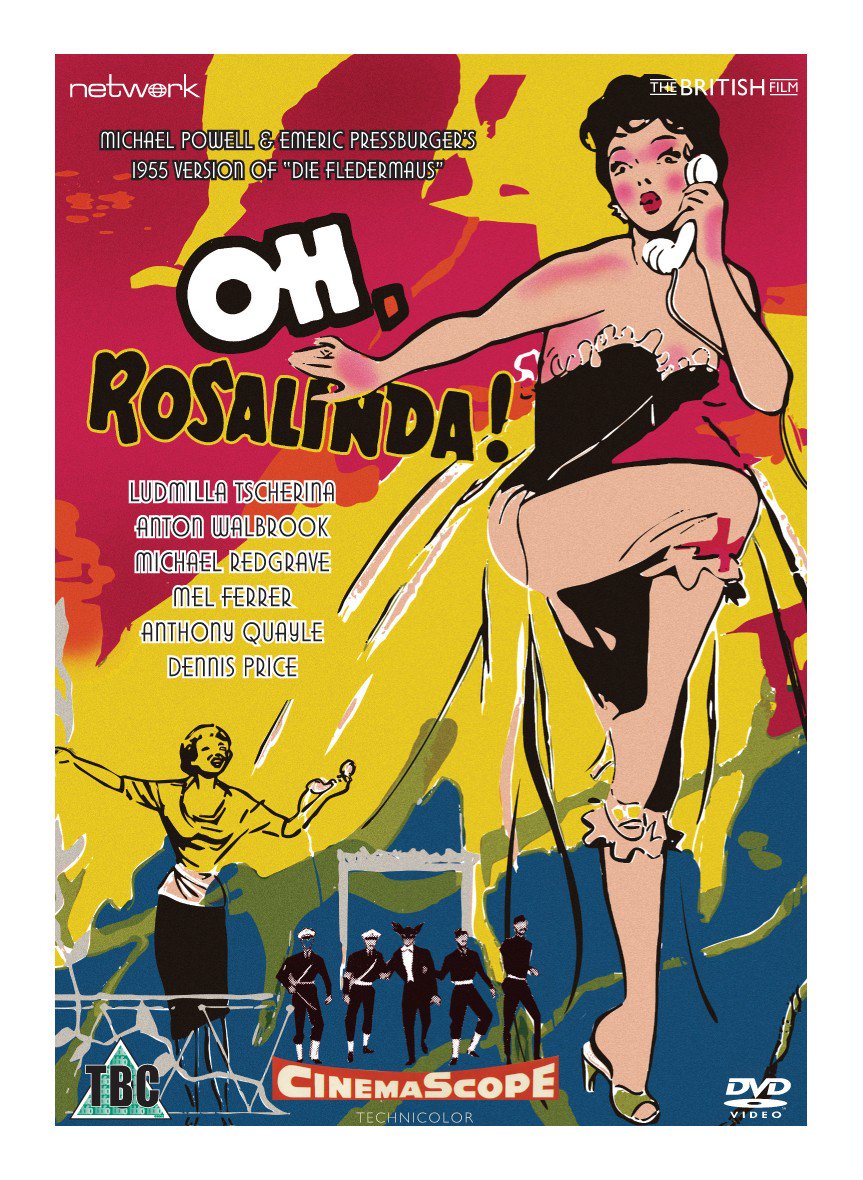 The reappearance of any lost movie is (usually) cause for celebration: but when the movie in question is a ‘lost’ production from the revered partnership of Michael Powell and Emeric Pressburger, it’s time to break open the champagne!

It flows freely enough in this spirited mid-50s musical comedy, which imports the Johann Strauss operetta Die Fledermaus to contemporary Cold War Berlin, under occupation of the four Allied powers. With music from the Vienna Symphony Orchestra and a stellar cast including Michael Redgrave, Anton Walbrook and Anthony Quayle, this sumptuous Cinemascope/Technicolor production might have been expected to repeat the towering success of The Archers’ 1951 hit The Red Shoes. Yet Oh... Rosalinda!! proved a box office disappointment, and would be the last of Powell and Pressburger’s extravagant musical productions. The partnership came to an amicable end two years later with Ill Met by Moonlight, while Oh... Rosalinda!! quickly disappeared into obscurity and has been seldom seen since its original theatrical exhibition in the autumn of 1955.

Oh... Rosalinda!! continued Powell and Pressburger’s run of ballet-inspired movies, arising from Powell’s interest in what he referred to as ‘composed film’. Beginning with the finale of Black Narcissus, the idea was developed further in The Red Shoes and saw its ultimate expression in 1951’s The Tales of Hoffman. Shot entirely on soundstages at Elstree, Oh... Rosalinda!!’s stylised, trompe l’oeil sets suggest an opulent theatrical production and lend the movie a dreamlike, other-worldly atmosphere. With its fruity performances, playful dance numbers and occasionally avant garde cinematography, Oh... Rosalinda!! is an undeniably eccentric piece of work – but its sheer unbridled enthusiasm is hard to resist.

Its Cinemascope aspect ratio meant that Oh... Rosalinda!! was not best suited for presentation on the small screen, and the BBC broadcast it on only three occasions, usually in afternoon slots – with its last appearance coming in January 1983. Since then, it has been roundly ignored, with only poor quality broadcast dupes in circulation amongst collectors. High time, then, for a reassessment, and a long-overdue restoration of this missing-in-action musical!

Network has returned to the original Cinemascope negative elements for this ground-up restoration, and The Archers’ vibrant Technicolor palette has never been so vividly realised. It’s safe to say that our 2019 restoration is as good as the film has ever looked in all of its 64 years. While Powell and Pressburger’s reputation will always reside with classics like A Matter of Life and Death and Black Narcissus (also available from Network), Oh... Rosalinda!! richly deserves to be restored to its rightful place in their body of work, and we’re immensely proud to be the label that’s making it happen.