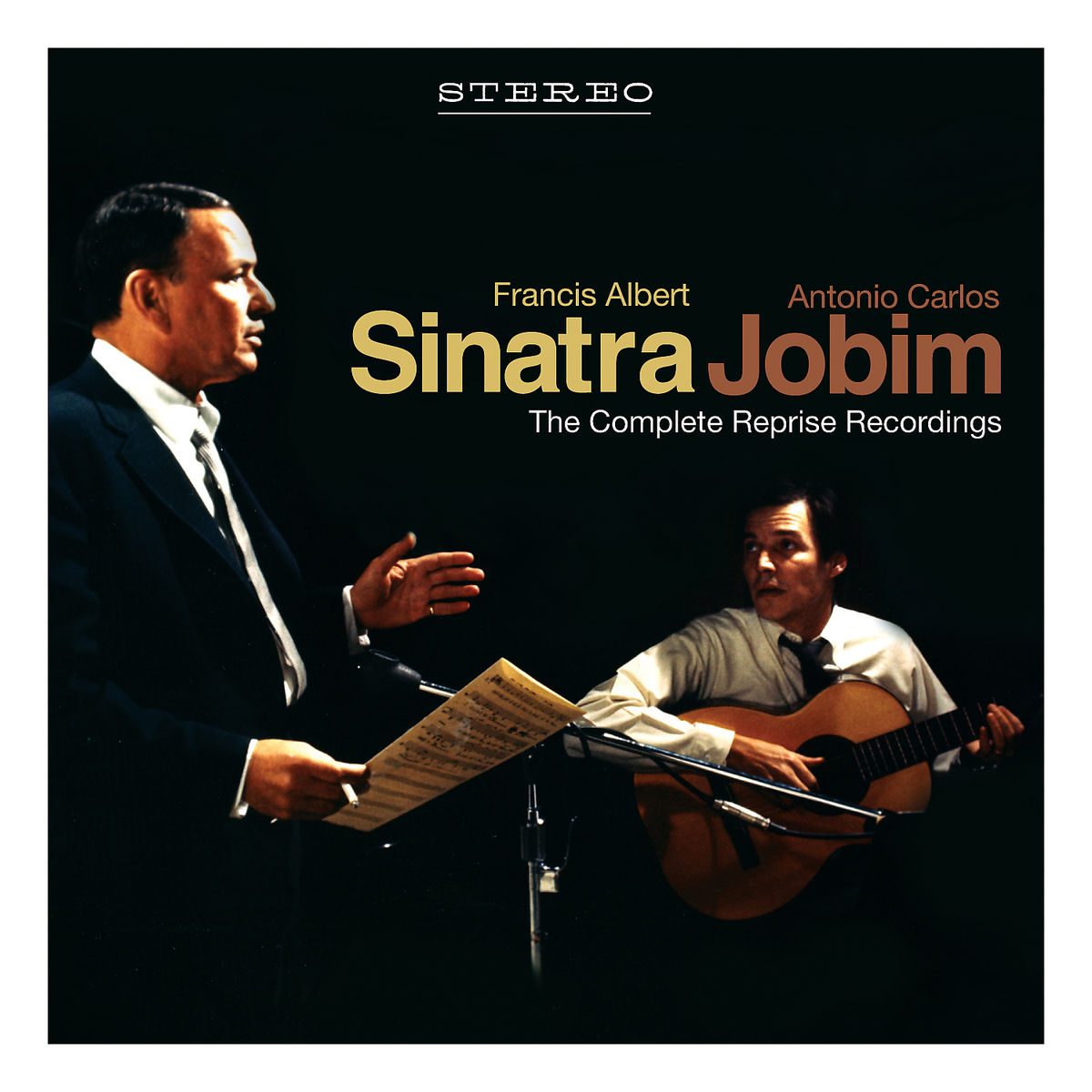 Over forty-four years later, Concord Music Group, on license from Frank Sinatra Enterprises (FSE), will release a deluxe reissue of the Sinatra / Jobim classic including all ten songs from the original album plus seven songs from a subsequent collaboration between the two, and three songs from that session that were not released until decades later, when they were included in a box set. Sinatra / Jobim: The Complete Reprise Recordings features digital remastering and expanded liner notes by Stan Cornyn, longtime head of creative services at Warner / Reprise and author of the book about the Warner Music Group, Exploding.

Sinatra and Jobim gathered at Hollywood's Western Recorders for three nights, January 30 through February 1, 1967. Jobim brought the beat in the form of bossa nova percussionists and arrangers. Sinatra supplied the producer (Sonny Burke), the string arranger / conductor (Claus Ogerman) and the rest of the orchestra. The resulting session produced ten songs including the classic "The Girl From Impanema" plus "Dindi," "How Insensitive [Insensatez]," "Quiet Nights of Quiet Stars" and six others. (After bidding até a vista to Jobim, Sinatra, on the high of making one of his finest albums ever, stayed at the studio to record a duet with daughter Nancy that would reach #1 on the charts, "Something Stupid.")

Two years later, Sinatra and Jobim returned to Western Recorders to record ten more bossa novas for a shorter-titled follow-up: Sinatra-Jobim. Replacing Ogerman was a 26-year-old long-haired arranger named Eumir Deodato (later to be known for his 1973 jazz version of Richard Strauss' "Also Sprach Zarathustra [2001]"). The songs were all written or co-written by Jobim, many with unusual melodic twists. Producer Burke enlisted conductor Morris Stoloff to ensure a pop feel to the session.

After three nights, the album was wrapped, and was readied for release in the fall of 1969. The eight-track version of the album had shipped when the call was placed to Warner / Reprise's Burbank, Calif. offices. It was Sinatra, demanding that the label "kill the album," so Warner recalled most of the recordings. A 2005 Goldmine story reported that the rare eight-track would command $5000.

Sinatra later agreed to permit Reprise to release seven of the Sinatra-Jobim vocal tracks on the album Sinatra & Company. It reached #73 and remained on the album chart for 15 weeks in 1971.