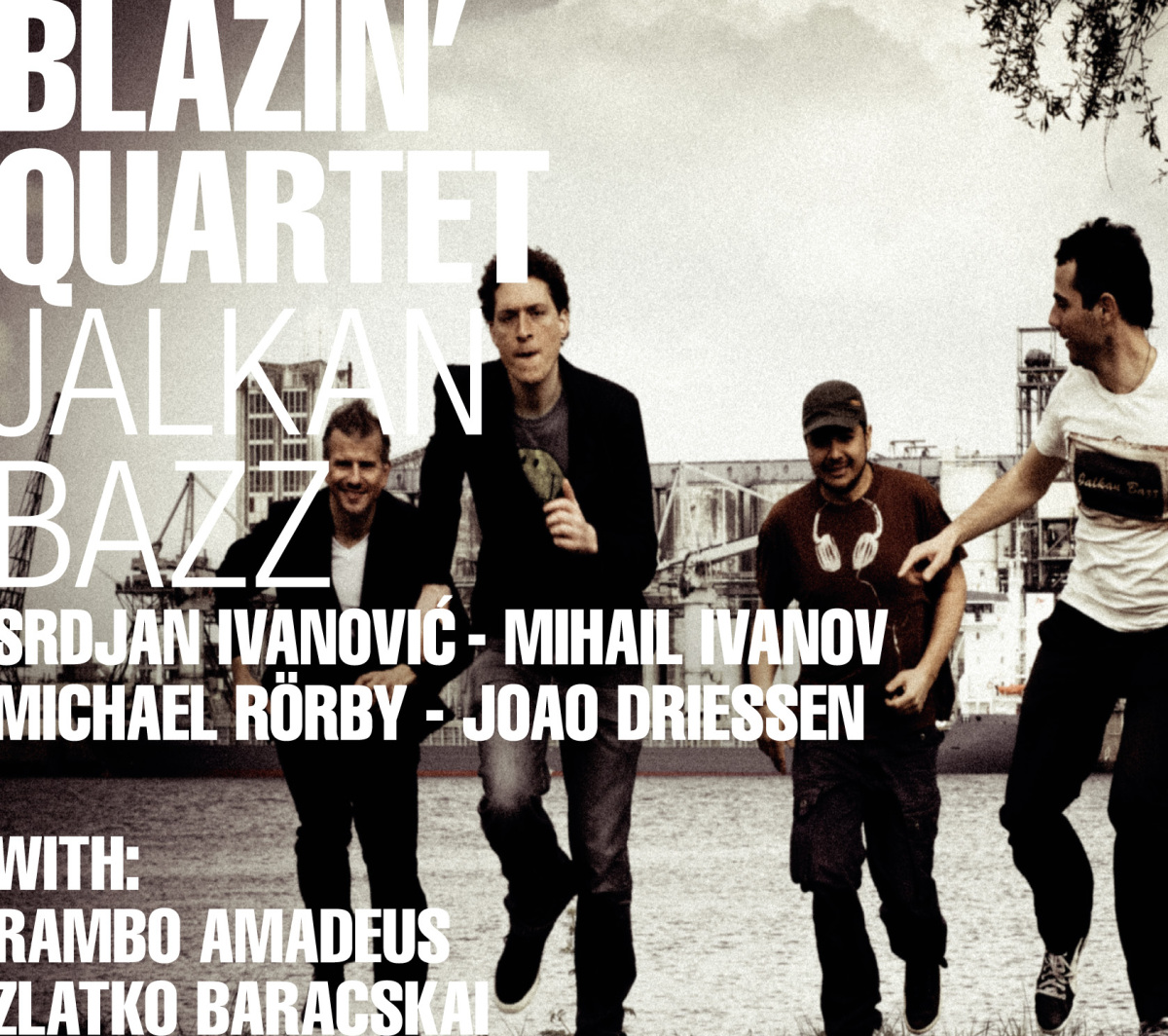 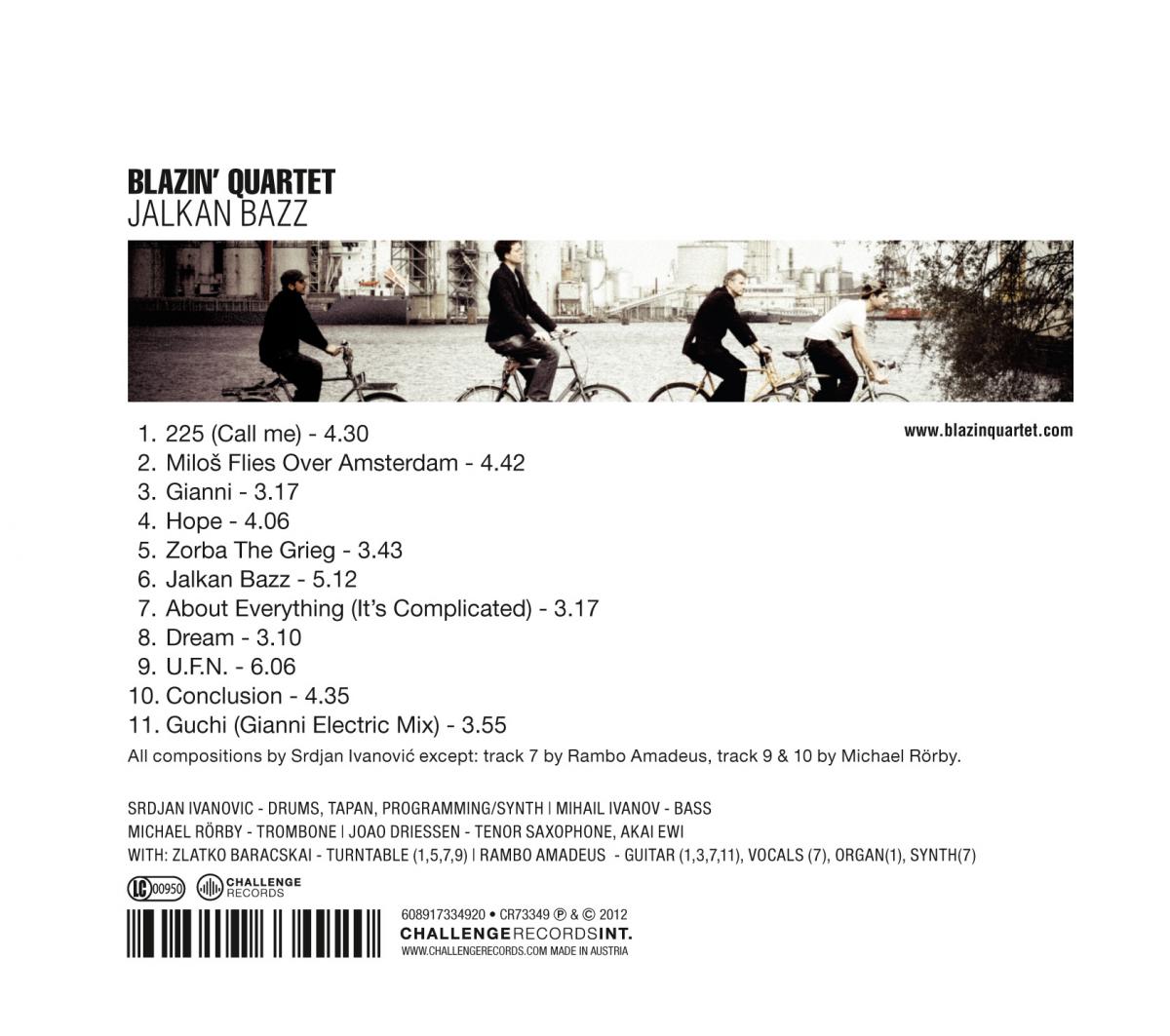 Jalkan Bazz is the second album of the Blazin' Quartet, recorded with producer and guest guitarist / vocalist the cult artist from Yugoslavia - Rambo Amadeus. The album is published in ex-Yugoslavian territory by Metropolis Records and besides sale directly from the band will be soon available in the rest of the world.

This young band takes regard of no musical borders. They mix everything they like and feels good in order to take the listeners to a trip in their own world. Just like being on a market on which you can find everything from dates to cheap electronics.

Their diverse european background (Balkan, Scandinavia, West-europe) mixes in with their mutual language of Jazz and while the music relies on melody, rhythm and interplay, the absence of a chord instrument gives enough space for electronic sounds and loops.

In short time of existance they have been awarded the Dutch Jazz Competition, the Holland Casino Jazz&Pop Award and have performed in The Netherlands, Serbia, Greece, France, Montenegro, Croatia, Thailand and Brazil at festivals such as North Sea Jazz (2008, 2009, 2010), Novi Sad Jazz, Kalamata Jazz, Samui Jazz, Jazz Na Fabrica and at numerous clubs and venues.
© jpc-Schallplatten-Versandhandelsgesellschaft mbH