Roger C. Arditti: Counterinsurgency Intelligence and the Emergency in Malaya 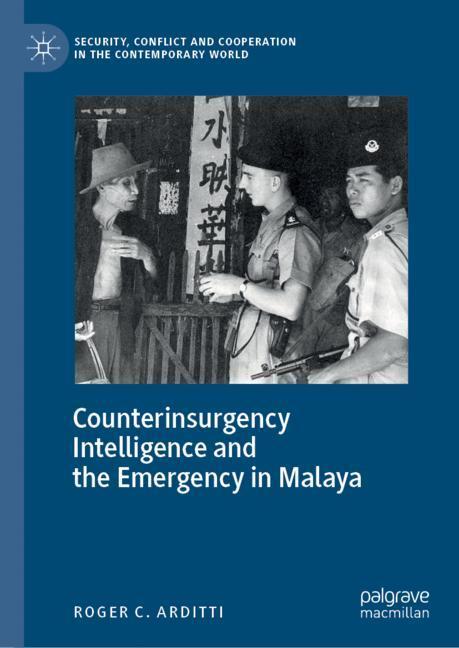 This book examines the full range of counterinsurgency intelligence during the Malayan Emergency. It explores the involvement of the Security Service, the Joint Intelligence Committee (Far East), the Malayan Security Service, Special Branch and wider police service, and military intelligence, to examine how British and Malayan authorities tackled the insurgent challenge posed by the Malayan Communist Party. This study assesses the nature of the intelligence apparatus prior to the declaration of emergency in 1948 and considers how officials attempted to reconstruct the intelligence structures in the Far East after the surrender of the Japanese in 1945. These plans were largely based upon the legacy of the Second World War but quickly ran into difficultly because of ill-defined remits and personality clashes. Nevertheless, officials did provide prescient warning of the existential threat posed by the Malayan Communist Party from the earliest days of British reoccupation of Malaya. Once a state of emergency had been declared, officials struggled to find the right combination of methods, strategy and management structures to eliminate the threat posed by the Communist insurgents. This book argues that the development of an effective counterinsurgency intelligence strategy involved many more organisations than just Special Branch. It was a multifaceted, dynamic effort that took far longer and was more problematic than previous accounts suggest. The Emergency remains central to counterinsurgency theory and thus this wide-ranging analysis sheds crucial light not only on the period, but on contemporary doctrine and security practices today.