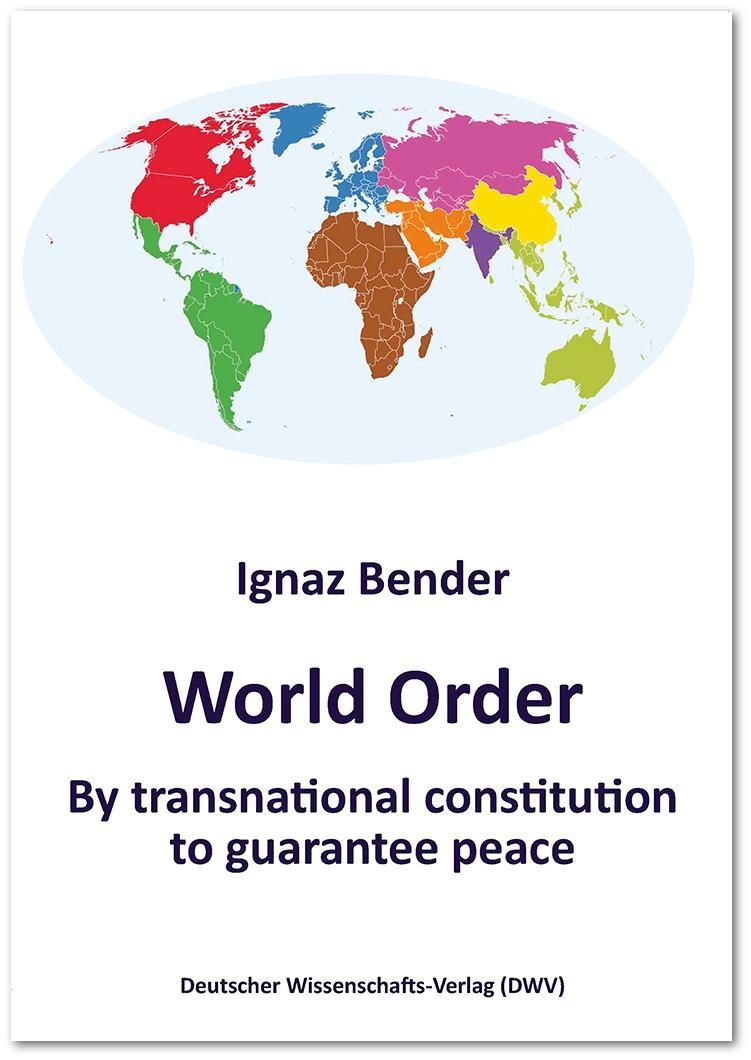 We live in a strange world. Technically we are highly developed. We can fly to the moon and reach every point of the world by air within hours. We can send news throughout the world within seconds. But we are extremely underdeveloped in the field of global peace and a worldwide rule of law. We live in 195 sovereign states. To withstand supposed military attacks from abroad we maintain military forces and arms. Every day we spend six billion Dollars on soldiers, arms, wars, destructions, violated people, widows and orphans. For the last seventy years we have lived with the nightmare of atomic devastation. The United Nations in the year 1945 promised in the preamble of their charter to free mankind from the scourge of war. Since we have had 200 wars. Why?
We are handicapped by the absolute sovereignty of national states and a UN security council, in which one permanent member can veto any UN-intervention. This makes the helplessness of mankind obvious. We are too weak to oppose international terrorism, to reduce the production of arms, to stop the flight and expulsion of millions of people. We are unable to overcome widespread poverty and joblessness, illiteracy, particularly of girls, the hopelessness of children and parents to have a better life one day.
Global constitutional change therefore is necessary. The 195 sovereign states must give up a minimum of sovereignty to enable a minimum of word authority, an authority which is legitimated and controlled by regular free elections and oriented to the principles of citizens' sovereignty, respect of human rights and rule of law, separation of powers, subsidiarity and solidarity. To achieve this aim all national parliaments of the world will have to be involved.