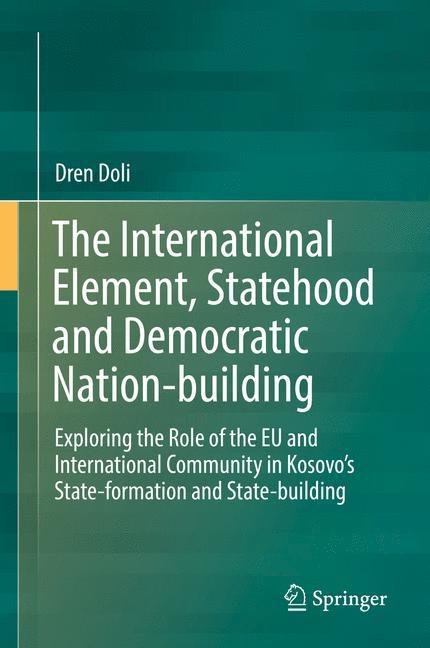 This book represents a unique endeavor to elucidate the story of Kosovo's unilateral quest for statehood. It is an inquiry into the international legal aspects and processes that shaped and surrounded the creation of the state of Kosovo. Being created outside the post-colonial context, Kosovo offers a unique yet controversial example of state emergence both in the theory and practice of creation of states. Accordingly, the book investigates the legal pathways, strategies, developments and policy positions of international agencies / actors and regional players (in particular the EU) that helped Kosovo to establish its independence and gradually acquire statehood.


Although contested, Kosovo, and its quest for statehood, represents a unique example of successful unilateral secession. The book therefore explores and analyses patterns of state formation and nation-building in Kosovo, and its transition to democracy. It presents a three-level assessment. First, seen from a historical perspective, the book examines the validity of the right of Kosovar-Albanians to self-determination and remedial secession. Second, from a legal positivist perspective, it scrutinizes all of the legalist arguments that support Kosovo's right to statehood, and claims that both traditional and legality-based criteria for statehood remain insufficient to determine whether Kosovo has achieved statehood. Third, from a post-factum perspective, the book analyzes the scope and extent to which the internationally blended element was decisive in Kosovo's state-formation and state-building processes. It explains how the EU's involvement as an 'internationally blended element' in Kosovo's efforts to achieve statehood was instrumental and played a crucial role in shaping the emerging state. In particular, the book elaborates on how the EU was able to streamline its mode of intervention in the context of state-building and reform.